~ by Natalie Dykstra, Professor of English

My grandfather, my mother’s father, worked on a family farm in north central Iowa, which had some of the richest land in all of America – six feet of top soil referred to as “black gold.”  My mom said her father spent most of his long life in the same county he’d been born in — he traveled from farm to school to church to town and back again. The one exception:  he was drafted into the army during WWI.  He trained with Battery B, a heavy artillery unit, at Camp Dodge north of Des Moines and was shipped to France on January 31, 1918.  He didn’t see much fighting.  The war ended the following November.  But he had a chance to see Paris. 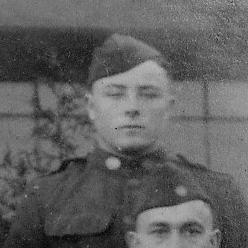 When I knew him, he mostly wore blue and white striped farmer overalls. In his retirement, he liked to sit outside under the trees on his lawn chair sipping icy lemonade. I liked to sit next to him with my own lemonade and ask him questions about “the past.” He would often tell me of his travel to France on a troop ship – how he and his buddies lay on the grates above the ship’s boilers to stay warm, how the sky over the ocean seemed even bigger than the Iowa sky.  I wish I could remember more of what he said about Paris.  I remember him saying that he was glad he’d seen the city, that it was the largest city he’d ever visited, and that he liked the food.  Did he visit the art museums or walk along the quay?  I don’t know.  I do know he bought a small makeup compact with a view of the Eiffel Tower for his sweetheart back home.

He would marry my grandmother not long after he returned.  Years later, she gave me the compact, which I keep now next to my own wedding picture.

Maybe, I was especially fascinated by what my grandfather told me, because at that time my family lived on Paris St. on the southeast side of Grand Rapids, MI, a neighborhood lined with yellow and red maple trees that turned to fire every fall.  The street where I played kick the can had the same name as the glamourous city of grandfather’s wartime stories.

Last summer, I traveled to Paris to do research for my next book project, a biography of the art collector and museum founder, Isabella Stewart Gardner.  In 1892, she purchased one of her most important paintings, Vermeer’s The Concert, at the Hotel Drouot, even now one of Paris’ largest auction houses.  I retraced her footsteps the day of the purchase:  from the Hotel Westminster in the 2nd arrondissement‎ where she and her husband Jack would typically to stay; to Boucheron, the nearby jewelry store at the place Vendome where Jack bought Isabella’s pearl necklaces; to the Café de Paris; and then to the auction house, which is still at the same address along the rue de Richelieu, though its 19th- century building has been replaced by a modern structure.

That day, while walking Paris’ streets, I couldn’t help but think of my Iowa grandfather and his sojourn in the city almost 100 years before. 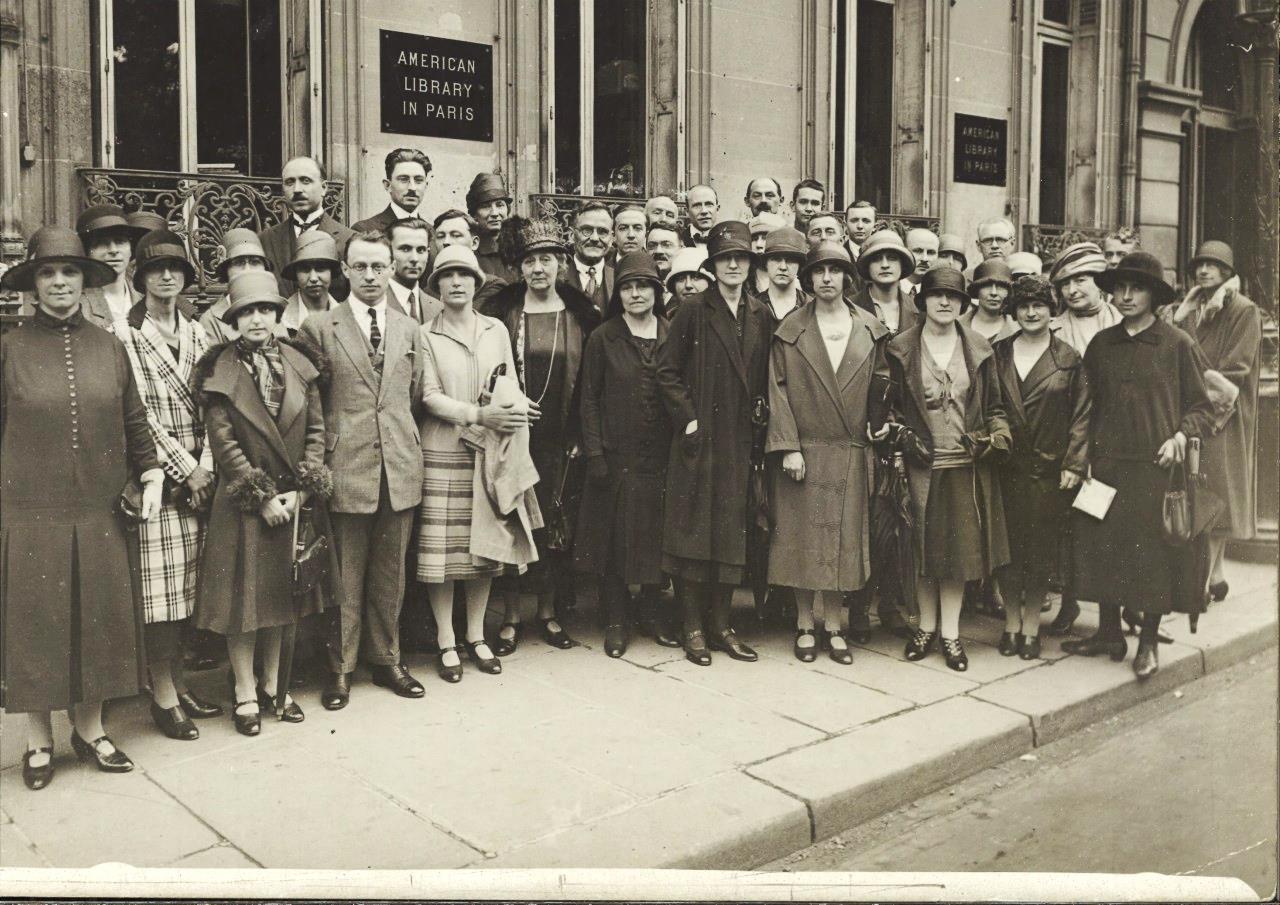 I am returning to Paris this May, as part of a Paris Stories/Mellon Grand Challenges project.  This time I’ll be doing research with two Hope students in the archives at the American Library in Paris on the rue du Général Camou, its current address, near the Eiffel Tower.  The library was founded just after WWI with English language books that had been sent to Paris by the American Library Association to soldiers like my grandfather, so they’d have something to read when far from home.  The library then served a fascinating role during the German Occupation of WWII, staying open, despite enormous pressure from the Vichy government, and secretly sending books to Jews, who had been outlawed from using other libraries.  The library has been a center for readers and writers ever since.

My students and I hope to discover in their archives many more untold Paris stories.

Neighborhood of the American Library in Paris, 2017 (author photo)

One thought on “A Paris Album”